In the U.S., Refugees Need a Passport...
for Opportunity

Too many refugees are forced into a Faustian bargain of trading prosperity for physical safety and security in resettlement. In recognition of World Refugee Day 2022, SkyHive supports the UNHCR’s vision that everyone has the right to seek safety – and emphasizes that they should not have to sacrifice economic mobility in the process.

According to the UN High Commissioner for Refugees (UNHCR), there are currently an unprecedented 48 million displaced people all over the world. Even amidst the global pandemic, the number of people forcibly displaced increased in 2020-21, as it has done year-over-year for the past decade. Whether stemming from conflict, disaster, disease, or famine, displaced individuals and their families face an inconceivable and life-altering decision: to abandon the familiarity of their communities, jobs and support networks, and relocate – sight unseen – to an unfamiliar place, where they will attempt to start anew.

Until recently, the United States was the primary destination for refugee resettlement, welcoming over 3 million individuals since 1975.  In 2021 alone, the U.S. resettled 12,500 refugees, with the highest number of refugees admitted (in descending order) from the Democratic Republic of Congo, Syria, Afghanistan, and Ukraine. While refugees have been resettled within all 50 U.S. states, California, Washington, Texas, New York and Michigan receive the most, and over the past decade, one-third of all 601,000 resettled refugees went to just five states.

The impact that refugee communities have on their “adopted” homes is significant. In addition to seeding new entrepreneurial and small business ecosystems, refugee communities revitalize distressed neighborhoods and housing stock, and stem labor shortages in the communities where they reside. While the average cost to the U.S., government to resettle a dislocated person is approximately $15,000, research indicates that over time, each relocated individual contributes a net $21,000 surplus in taxes beyond the costs of any benefits received. “Host countries stand to benefit enormously from the influx of talent and labor that refugees bring with them,” notes Bennett Grassano, Head of Social Impact at SkyHive Technologies.

While the ability to relocate to America represents a literal lifeline for many displaced families, refugees often face significant challenges gaining traction in the labor market(s) of communities where they resettle. While nearly 30% of refugees aged 25 or older arrive with a bachelor’s degree or higher—a proportion roughly equal to the native-born U.S. population -- limited English fluency, lack of skills-based hiring by employers, and the failure of accreditation and licensure bodies to recognize or translate foreign credentials converge to render refugees’ skills invisible -- or at best, underutilized. In addition, a systemic overemphasis on rapid re-employment and economic self-sufficiency pressures skilled refugees to accept jobs that are not commensurate with their skills and experience, “survival” jobs that often create a trap of downward mobility (therein reinforcing pernicious –false- biases against foreign-born populations as a drag on the U.S. economy).

Refugees are valuable to the current and future labor force, as many are educated, young, and bring skills that are in high demand in this economy—in particular, healthcare, manufacturing, and IT. And while many employers recognize that refugees are a diverse source of talent that can fill in-demand positions, they also may lack sufficient information to understand this population and how best to employ its skills. Without intervention, 2 million college-educated refugees remain unemployed, and many over time become part of state social service systems, cynically challenging the notion of the American Dream in the face of historic labor shortages for skilled talent. “The average length of refugee displacement is about 20 years,” Grassano noted. “After the basic needs of food, shelter, and water are met in the initial humanitarian response, a sustained focus on livelihoods is critical to managing the long-term effects of displacement for refugees and host communities alike.”

Sacrificing economic mobility for physical security is an unacceptable tradeoff in a modern society. We have granted refugees mobility to come to our shores, but are denying them the portability of their skills and experiences, which in turn add so much richness and vitality to our communities. The potential benefits are substantial; and since most net-new labor force growth will be as a result of immigration and refugee resettlement, we must act NOW to remove this friction from our labor market. Refugees don’t just need a visa to stay the country, they need a solution that will help them regain momentum and thrive in resettlement – a passport for their skills that can help translate the experience and education gained in their homeland to the vocabulary of the American labor market and its needs.

SkyHive’s genesis as a company was founded in response to CEO and Founder Sean Hinton’s reaction to hearing first-hand about the hardships and atrocities faced by Syrian women living in the UN refugee camp in Lebanon. The “stream of consciousness” those interactions triggered back in 2016 now form the foundation of the company’s vision of reskilling as a means to a more just and sustainable planet. Today, the company works to perfect its skills intelligence model, Quantum Labor Analysis™, to fight unemployment and underemployment through reskilling and address labor market challenges, so that refugees and all people may live and work with purpose. Technology such as SkyHive’s Skills Passport can help refugees, policymakers, NGOs, and employers see beyond language, circumstances, and cultural barriers to articulate the skills capital that these new arrivals bring into our economy and identify the practical pathways to help them attach to the labor market at a level that is commensurate with their individual skills, experience, and professional aspirations.

SkyHive is on a mission to reskill the world, and we draw inspiration from the individuals who, in the face of unimaginable trauma, muster the courage to start over - and in doing so, enrich our lives and communities in so many ways. We thank the governments that enable resettlement, the NGOs and impact organizations that work tirelessly to help refugees transition, and to the communities that welcome and nurture their success. In recognition of World Refugee Day 2022, SkyHive echoes the UNHCR’s vision that everyone – Whoever, Whenever, Wherever - has the right to seek safety. And to that we would add that the right to seek safety includes being able to do so without fear of economic ruin or professional derailment. We have the tools and the technology to unleash human potential in resettlement, and we stand ready to partner with this ecosystem to do just that.

COMING SOON: SkyHive is proud to be involved in several initiatives that are supporting refugee assistance and resettlement, and we look forward to sharing more details with you in the coming weeks -- please stay tuned. 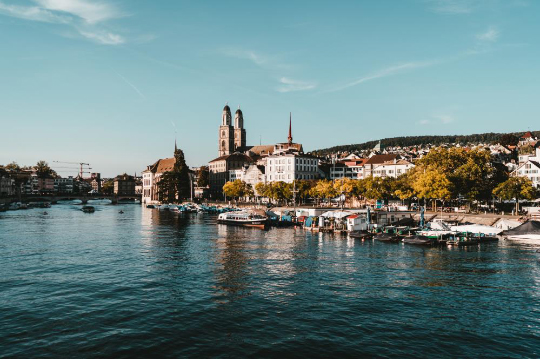 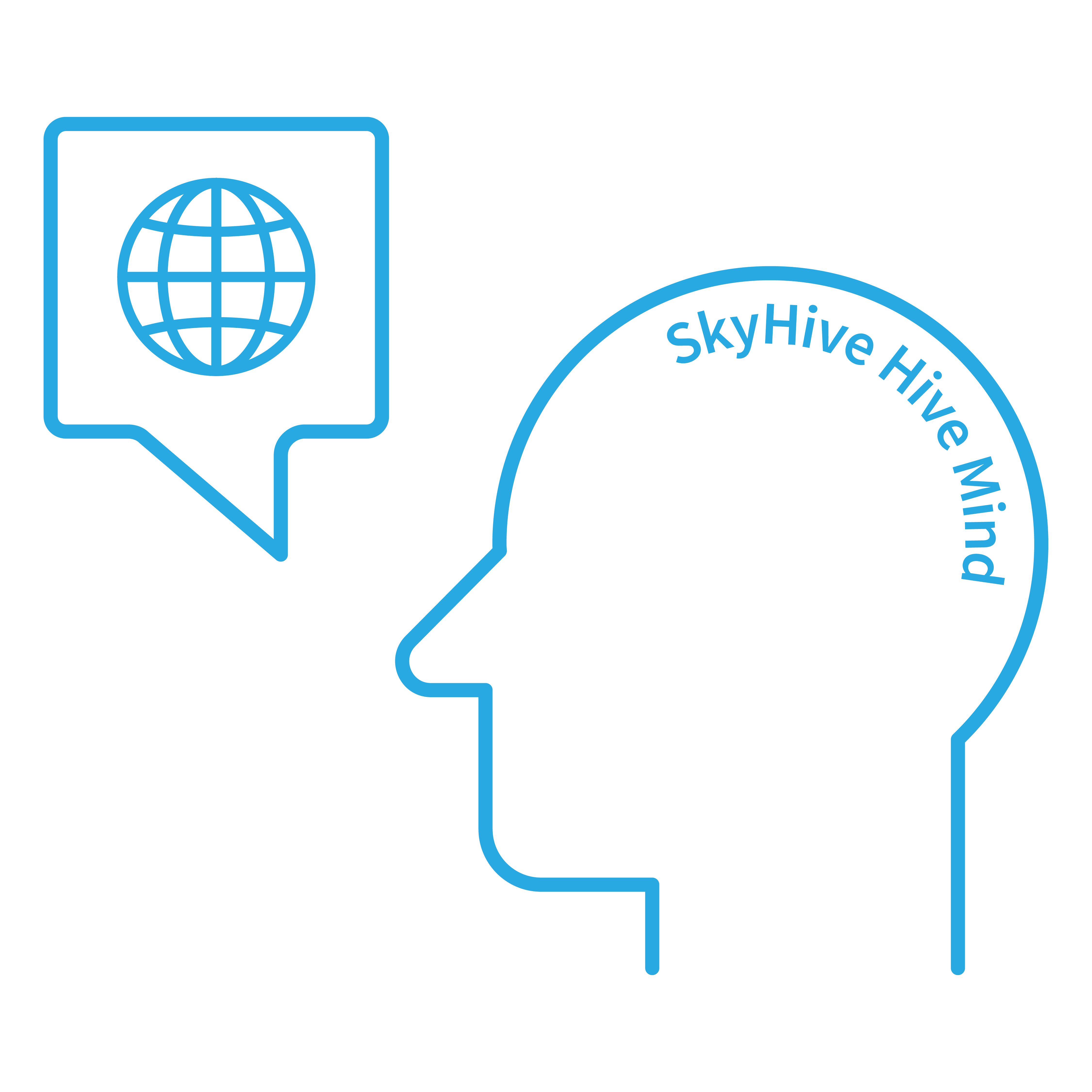 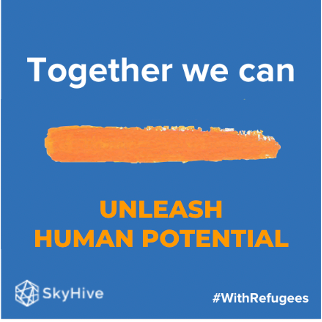 Refugees Need a Passport for Opportunity